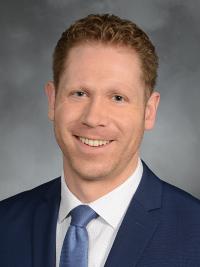 Scott Sussman, M.S., CCC-SLP is a speech-language pathologist specializing in voice disorders at the Sean Parker Institute for the Voice at Weill Cornell Medicine. Scott graduated Northwestern University’s theatre program, and went on to a career as an actor, singer, and stand-up comedian in New York. His career highlight was starring as Tony in the 50th Anniversary World Tour of West Side Story. Scott received voice therapy to cope with the grueling voice demands of professional singers, and was inspired to study the field. Scott achieved his masters with a concentration in voice at the MGH Institute of Health Professions, and trained at the Massachusetts General Hospital Voice Center. Scott received a Shining Star Award from Intermountain Healthcare for his work at their Voice and Swallowing Center in Salt Lake City. Scott also worked at the Ear, Nose, Throat and Plastic Surgery Associates in Orlando where he specialized in the rehabilitation of performers from Orlando’s bustling entertainment industry. Scott holds a New York State license in speech-language pathology, and a Certificate of Clinical Competency from the American Speech Language Hearing Association. Scott is a proud member of the Actors’ Equity Association.