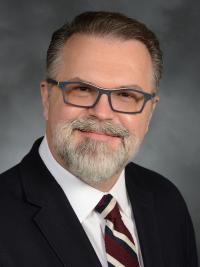 Dr. Lucian Sulica is the Director of the Institute and the Sean Parker Professor of Laryngology. His practice is limited to voice disorders. He has a special interest in medical and microsurgical treatment of injuries of the vocal cord (or fold) from voice use, particularly in performers, and in neurologic voice disorders, including vocal fold paralysis and paresis, spasmodic dysphonia and tremor. Dr. Sulica has also been a leader in the development of procedures for the treatment of voice disorders in the office, without the need for general anesthesia.

Dr. Sulica received the American Laryngological Association's Casselberry Award for distinguished research in laryngology in 2021, awarded only 27 times in its 105-year history, for work on the mechanics of vocal fold injury. His investigations have been devoted to establishing clear, evidence-driven principles for the treatment of voice conditions. They have addressed basic factors in injury from voice use, including important gender differences; the pathophysiology and natural history of laryngeal nerve injury; diagnostic accuracy in voice disorders and outcomes in surgical and behavioral treatment of benign vocal fold lesions. Dr. Sulica has published frequently cited works on the safety and utility of vocal fold injection in the awake unsedated patient, the use of botulinum toxin for voice disorders, treatment of vocal fold paralysis and a host of other topics. In all, Dr. Sulica has authored more than 100 journal articles and 40 book chapters. He has edited three books, Vocal Fold Paralysis, Classics in Voice and Laryngology, and Patologia Laringea y Fonocirugia, the last in Spanish. He is as passionate about teaching as he is about clinical care and research, and has lectured extensively in the United States and Europe, Latin America and Australia.

Dr. Sulica is President of the American Laryngological Association, and is a Fellow of the American Laryngologic, Rhinologic and Otologic Society (the Triologic Society). Dr. Sulica has been selected one of the Best Doctors in America biannualy since 2005; one of America's Top Physicians in Voice Disorders/Laryngology since 2006; a Castle-Connolly Top Doctor for the NY Metro Area; and a New York Magazine Best Doctor in 2009, 2010, 2013 and 2015-2021.