Lucian Sulica, MD, Director of the Sean Parker Institute for the Voice, gave the Felix Semon Lecture in London on November 4 at the invitation of the Royal Society of Medicine. The Felix Semon Lecture, named in honor of a formative figure in Laryngology, has been given annually since 2013, and has been called the "blue ribbon" lecture in the field. Sir Felix Semon, KCVO, MD is best known for observations regarding the progression of vocal fold (or cord) paralysis which have become known as "Semon's Law." For the lecture, Dr. Sulica chose to revisit the topic of vocal fold paralysis, updating it for the century of progress since Sir Felix Semon's work, including work performed at the Sean Parker Institute on the natural history of recovery in vocal fold paralysis. 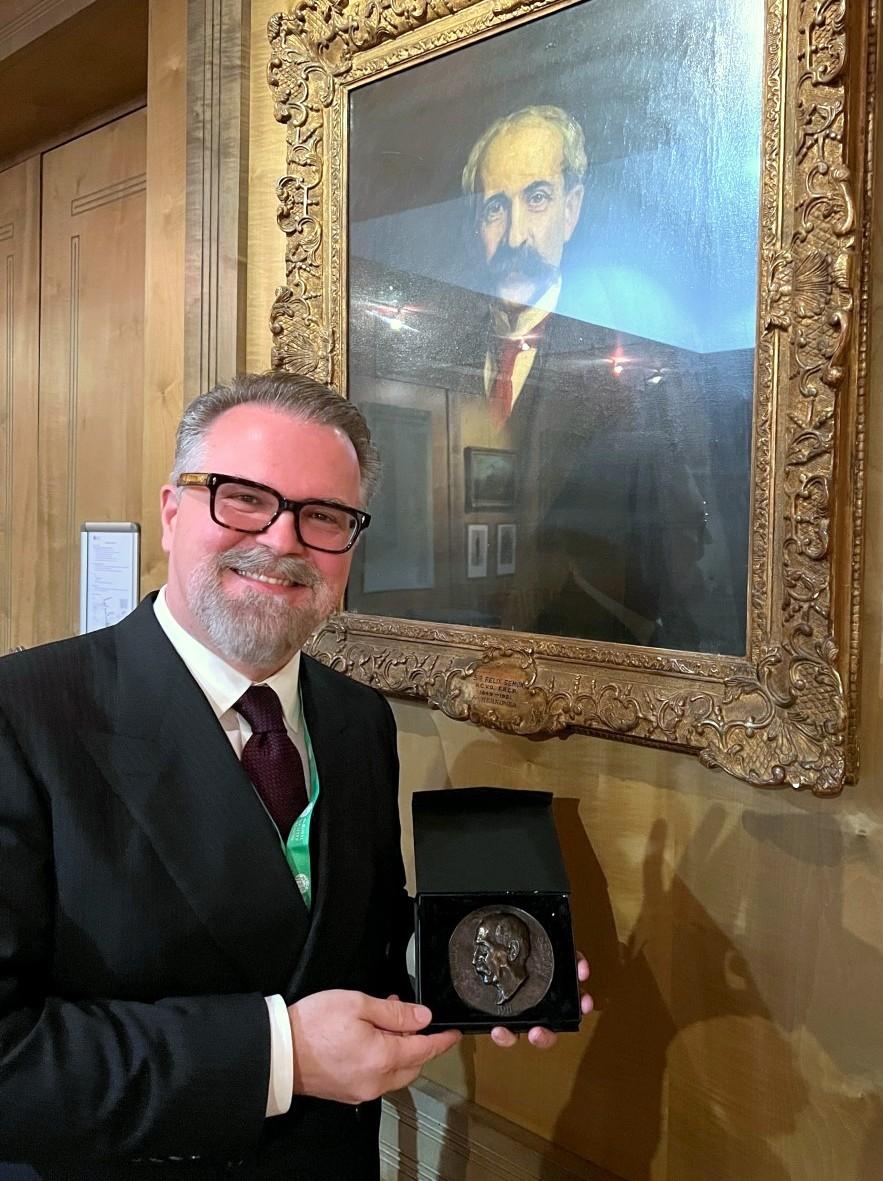